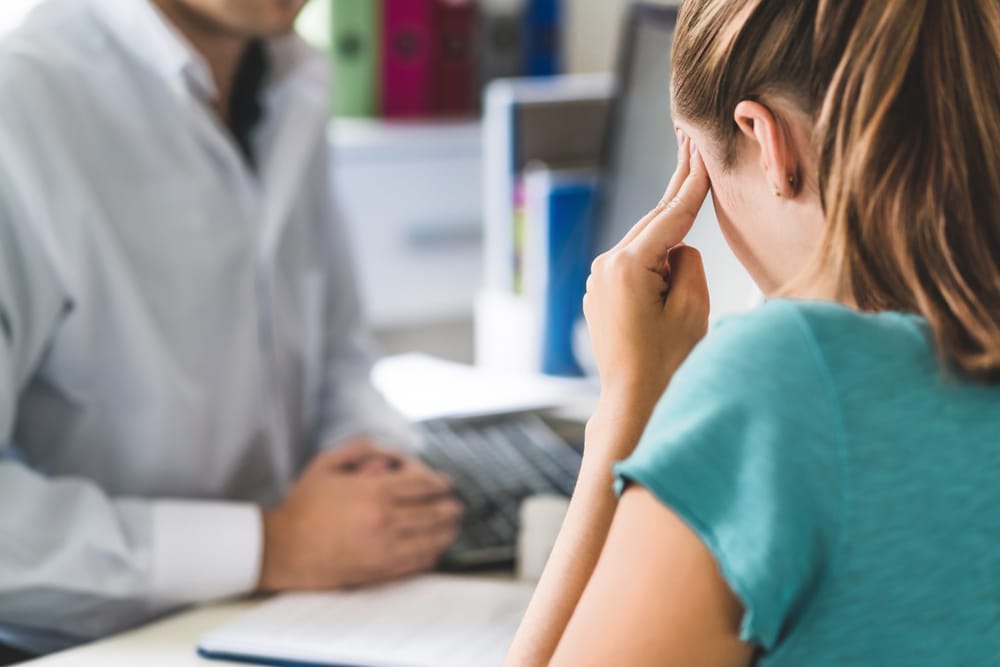 What is Traumatic Brain Injury?

Traumatic Brain Injury (aka TBI) is an injury to the brain usually caused by a violent blow or jolt to the head or body or from an object that penetrates the skull and enters the brain.

It’s important to note, however, that not all blows or bumps to the head cause head injury.

How Common is TBI?

A National Institutes of Health (NIH) survey estimates that a staggering 1.9 million people sustain a skull fracture or head injury each year.

The 2014 data (the latest year for which information is available) from the Centers for Disease Control and Prevention (CDC) shows that about 2.8 million Americans sustain a TBI annually, of which:

What Age Group has the Highest Rate of TBI?

TBI can affect any age group. However, the highest rates of TBI tend to be in:

Does Gender influence the Odds of Sustaining a TBI?

Males outnumber females by a ratio of 2:1 in sustaining a TBI, suggesting that the male gender is a risk factor for TBI.

TBI can follow any event that causes a blow or a violent jarring to the head, such as:

What are the Different Degrees of TBI?

Brain damage can be confined to one area of the brain or more widespread, affecting several areas of the brain.

Clinicians use a variety of assessment tools to gauge the severity of damage in TBI. These include:

According to the FGA, there are three degrees of traumatic brain injury: mild, moderate, or severe.

TBI is classified as mild when a person experiences a transient loss of consciousness, usually lasting for a few seconds to minutes (typically less than 30 minutes). Post-Traumatic Amnesia (PTA) is no longer than 0-1 day.

Clinically, the GCS score is 13-15. Moreover, there is no visible abnormality in brain imaging in mild TBIs.

Because of the fleeting nature of the symptoms and negative brain imaging, about 90% of these patients often go unidentified. As a result, they are at a higher risk for a “complicated recovery” — they have lifelong effects, but those can’t be monitored due to missed diagnosis.

According to the NIH, moderate TBI represents about 15 cases per 100,000 people.

Moderate TBIs involve loss of consciousness lasting for more than 30 min but less than 24 hours. PTA lasts for 1 to 7 days in moderate cases, and the GCS score drops to 9-12 with brain imaging showing abnormalities.

According to the NIH, severe TBI makes up approximately 14 cases per 100,000 people.

The Traumatic Coma Data Bank (TCDB), sponsored by The National Institutes of Health (NIH), defines severe TBI as a GCS score of less than nine within 48 hours of the injury.

In severe TBIs, the loss of consciousness lasts for > 24 hours or even weeks. This degree of brain injury can result in permanent disability.

The duration of Post Traumatic amnesia is more significant than seven days; as expected, brain imaging results are not typical.

What are the Different Types of TBI?

There are two main types of head injuries: primary and secondary. These are further divided into several subtypes:

Primary injury is the sudden damage to your brain’s tissues and blood vessels incurred during trauma. It is related directly to the external impact on the brain during a fall, an accident, or a gunshot wound.

TBI includes several types of insults to the brain, such as:

A concussion is the most common type of mild traumatic brain injury. It is a low velocity, nonpenetrating TBI, such as after:

A concussive brain injury causes varying degrees of transient altered mental status, ranging from slight confusion to complete loss of consciousness lasting for a few minutes. Routine imaging, such as computerized tomography (CT) scan and magnetic resonance imaging (MRI), does not reveal any abnormalities. However, the latest imaging modalities using MRI, such as diffusion tensor imaging and functional MRI, may show signs of a concussive brain injury.

Lacerations are tears in brain tissue or blood vessels of your brain. They occur when an object pierces the skull (causing a skull fracture) and tears brain tissue.

DAI is a widespread injury to the nerve cell’s axons in the brain. Axons are long, thin projections that conduct electrical impulses from one nerve cell to the next.

Diffuse axonal injury resembles concussion in that it can follow a shaken baby syndrome, whereupon violently shaking the baby causes brain injury but to a much greater extent.

Hence, the primary mechanical force that triggers DAI is the brain’s rotational acceleration, leading to unrestricted head movement. Such shearing forces stretch out the neuronal axon, and cells swell, detach, and die as the cascade continues. Raised pressure may complicate the injury by cutting off the blood supply to your brain.

A penetrating (open-head) brain injury is when a high-velocity object breaks through the bony skull and enters the brain tissue, breaching the meninges (protective covering around the brain and spinal cord). The thing could be a bullet, a weapon such as a knife, or a bone fragment.

Though not as common as closed head injury, penetrating brain trauma carries a worse outcome. It typically causes focal damage that follows the object’s trajectory and involves a fracture of the skull, tearing of the meninges, and damage to the brain tissue.

It is the most common type of primary brain injury. A nonpenetrating (closed head) injury is when brain damage follows an indirect impact without any foreign object breaching the brain substance. It may or not damage the skull, but the meninges remain intact.

Nonpenetrating injuries can be of two types:

Acceleration injuries result from the brain’s high-speed acceleration (movement) within the unrestricted head.

One of the most common scenarios of an acceleration injury is a high-speed motor vehicle accident. In this scenario, brain tissue and its enclosed structures collide against one another in the direction of inertia, causing primary brain injury. For instance, it can cause two contusions — one at the site of impact and the other on the opposite side of the head — a phenomenon known as coup-contrecoup injury.

Non-acceleration injuries occur when a moving object hits a restrained head or the brain strikes the skull’s interior. There is no acceleration or deceleration of the brain (e.g., a blow to the head). These injuries usually deform the skull and cause localized damage to the underlying meninges and brain.

Secondary head injury gradually evolves over hours to days or even weeks after an indirect impact of the initial insult.

A cascade of reactive biochemical and non-biochemical processes that become activated due to secondary brain injury include:

What are the Symptoms of TBI?

Depending on the type and level of brain injury, the symptoms of TBI vary from slight alterations of consciousness to a permanent comatose state and even death. Commonly reported symptoms include:

What are the Long-term Effects of a Traumatic Brain Injury?

In addition to the secondary changes mentioned above, moderate to severe levels of TBI can cause devastating, lifelong consequences. The long-term consequences are often related to brain trauma’s intensity, location, and nature.

Sequelae of TBI can persist for months or years after injury and negatively affect a person’s quality of life. Many severe TBI survivors require prolonged rehabilitation and are prone to permanent physical and mental disabilities.

Koponen et al. noted that psychiatric ailments persist for 30 years after a traumatic brain insult. The odds of long-term psychiatric illnesses also surge after traumatic brain injury. Depression, anxiety, and substance abuse top the list. A head injury can slow down a person’s ability to process information. Keeping up with conversation may then become problematic, which in turn, triggers social anxiety.

Moreover, TBI is a risk factor for degenerative brain disorder and dementia, including Alzheimer’s disease and chronic traumatic encephalopathy.

Polytrauma in moderate to severe TBI survivors further complicates the picture than in mild TBI alone. Many patients with moderate to severe TBIs encounter additional disabilities because of other injuries. Facial injuries, eye damage, limb injury or amputations, fractures, etc., to name a few, are some examples of relevant injuries potentially compounding the initial insult.

How Long does it Take to Recover from a TBI?

The outcome and recovery from a traumatic brain injury depend on its severity, site of trauma, and many other factors (for instance, multiple injuries).

For mild TBI, the prognosis (recovery) is usually better and faster than for moderate TBI. Most people recover most or all of their brain function within three months following injury, and some may recover even sooner.

Likewise, a moderate TBI usually fares better than a severe TBI but less well than a mild TBI. About 7 to 10% of cases with a moderate TBI succumb to death or are left with a persistent vegetative state. The rest of these cases suffer a severe degree of disability. According to the American Association of Neurological Surgeons, an estimated 60% have a good recovery and nearly 25% of these patients are left with some degree of disability.

Patients with severe head injuries have the worst outcomes. About a sixth of these patients have moderate to severe disability, with moderate disability slightly more common. About 33% of these patients succumb to death. The remainder of the cases remains in a persistent vegetative state.

Not all TBIs are permanent. The outcome of a TBI essentially depends on its nature and intensity. However, it is worth noticing that even patients who seem to recover completely may continue to have persistent symptoms that never go away.

If you’re searching for alternative treatments for traumatic brain injury (TBI), please get in touch with our office today to learn more about how TMS Therapy can help you.