OCD is a highly disabling condition. The World Health Organization (WHO) ranks OCD in the top 10 disabling ailments as it causes severe impairment in social and occupational relationships and daily living.

Why do we need TMS for OCD?

1. First-line Treatments for OCD do not Always Work

Unfortunately, about half of all patients with OCD fail to respond to traditional medications. Moreover, OCD requires using higher doses of these medicines, which comes at the cost of serious side effects, causing patients to stop their treatment. Even in patients who do take their medications as prescribed, it’s seen that there is never a complete relief from symptoms.

Another option commonly employed by practitioners for OCD is behavioral therapy in the form of exposure and response prevention (ERP) and cognitive therapy. ERP involves exposing the patient to the same cues that evoke distressing and obsessive thoughts. That said, patients often feel frustrated after being exposed to distressing cues, resulting in high dropout rates from behavioral therapies. 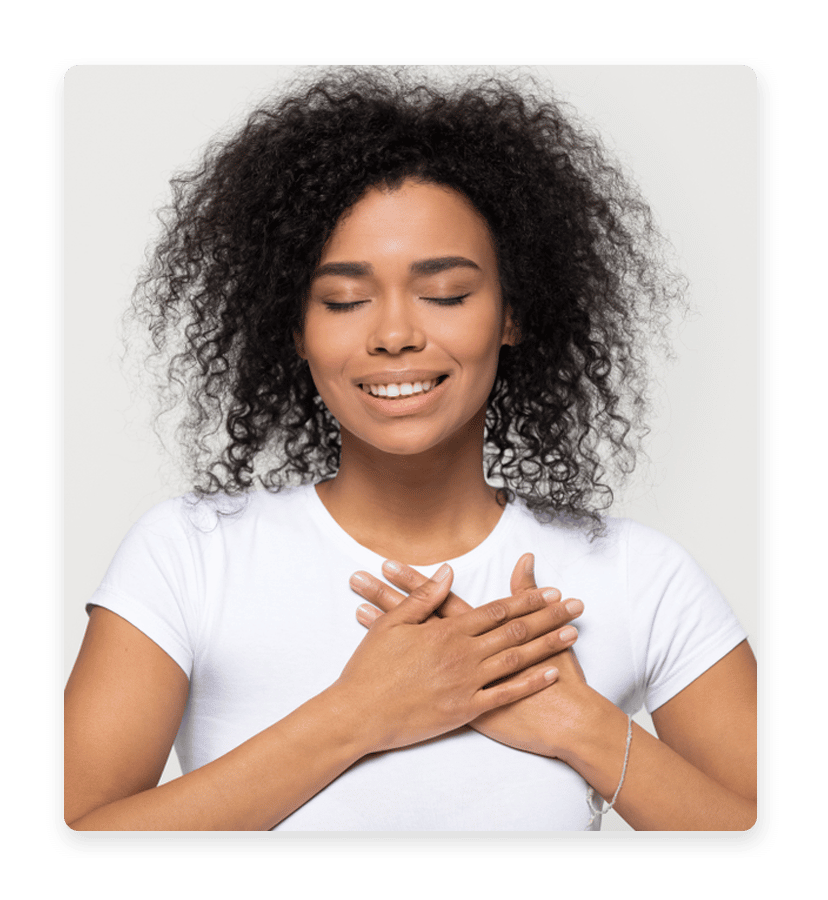 If drug and behavioral therapies fail, the next step employed by practitioners is a procedure known as ventral capsulotomy. It involves surgically implanting a deep brain stimulator (DBS), which targets the area of the brain linked to OCD. Though this procedure has shown promise in treatment-refractory patients, DBS carries serious risks like any other surgery.

In the face of treatment-resistant OCD, there has been a pressing need to develop new, effective, safe, and tolerable therapies to minimize the enormous burden of this condition. One of these therapies is TMS or dTMS. 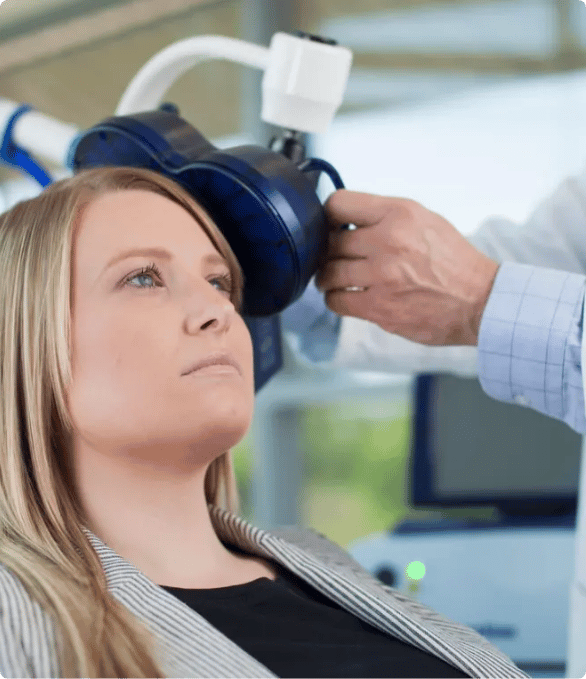 What is dTMS, and How is it Different from Conventional TMS?

Up till now, clinical trials using TMS for OCD were being studied with non-deep TMS, which showed limitations in its results because the magnetic pulses only had access to the superficial cortical areas of the brain.

However, the advent of advances in neuroscience in the last few decades has paved the way for a novel third option for treating OCD, called deep transcranial magnetic stimulation, or dTMS.

dTMS therapy is now FDA-approved as an add-on treatment for OCD. The most popular method to apply dTMS in OCD is the Brainsway Method. It uses a lightweight helmet with magnetic pulses generated through a built-in coil known as an H-coil to penetrate the brain’s deeper areas implicated in OCD. Hence, dTMS allows for stimulation of larger brain volume than conventional TMS.

Like conventional TMS, dTMS is an entirely non-invasive therapy and is done as an outpatient procedure with virtually no side effects.

The areas implicated explicitly in OCD are the orbitofrontal cortex (OFC) and the anterior cingulate cortex (ACC). These areas are located in the frontal lobes (that sit in the very front of the brain) and are responsible for error detection and emotional, reward, and behavioral regulation.

Research shows that the OFC and ACC:

Typically, these regions are intimately connected to the basal ganglia — a cluster of nerve cells responsible for movement and regulating emotions and behavior. The basal ganglia receive the input from the cerebral cortex. These signals are then conveyed to another brain region called the thalamus, which then relays this information back to the cortex.

The usage of dTMS in tweaking brain activity in OCD is contingent upon the maladaptive behavior of neurons in these networks. It either excites or suppresses these target regions based on the magnetic pulses’ frequency.

How Effective is dTMS for OCD?

dTMS therapy has optimized the odds for people with OCD to receive treatment that will benefit them finally.

A 2019 clinical study published in the American Journal of Psychiatry showed a statistically significant (30%) improvement in OCD symptoms in the dTMS group after six weeks of daily sessions, as measured by the Yale-Brown Obsessive-Compulsive Scale. The treatment was as effective as the medications available for treating OCD. Nonetheless, dTMS achieved quicker results relative to medical therapy.

Are there any Downsides to TMS for OCD?

Deep TMS is a safe therapy with minimal to no side effects. As noted in the above study, the only side effect reported by patients was a headache, and that too subsided shortly after treatment.

To be successful, TMS, however, requires daily sessions. Because the sessions only last for 15 to 20 minutes on average, daily commitment isn’t a problem for the majority of patients. 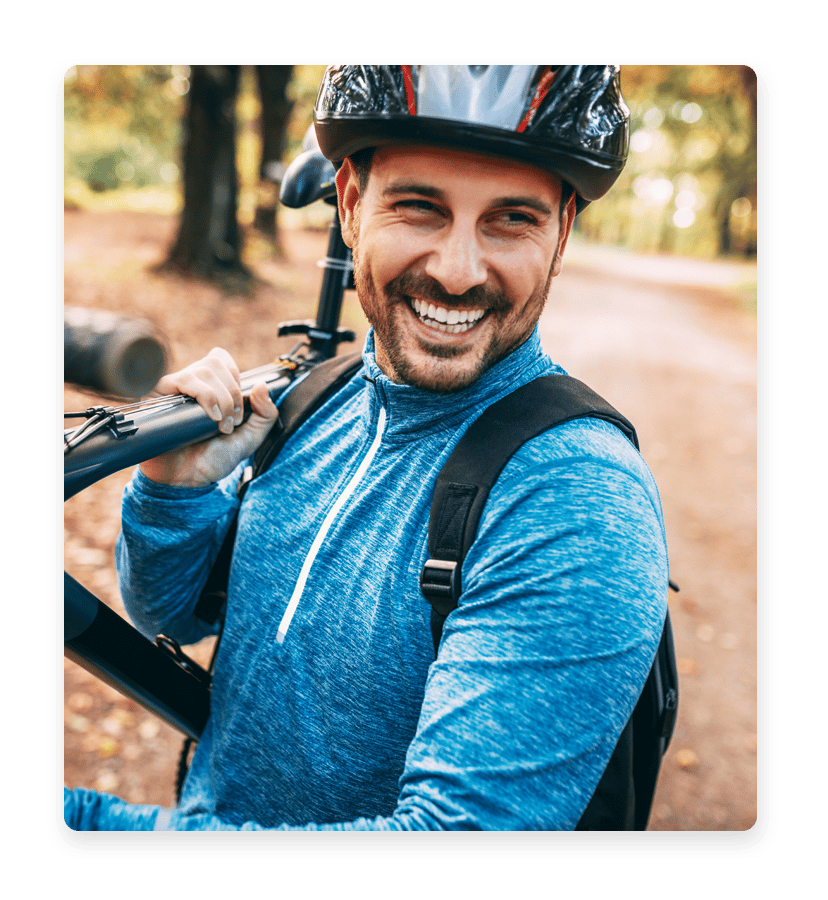 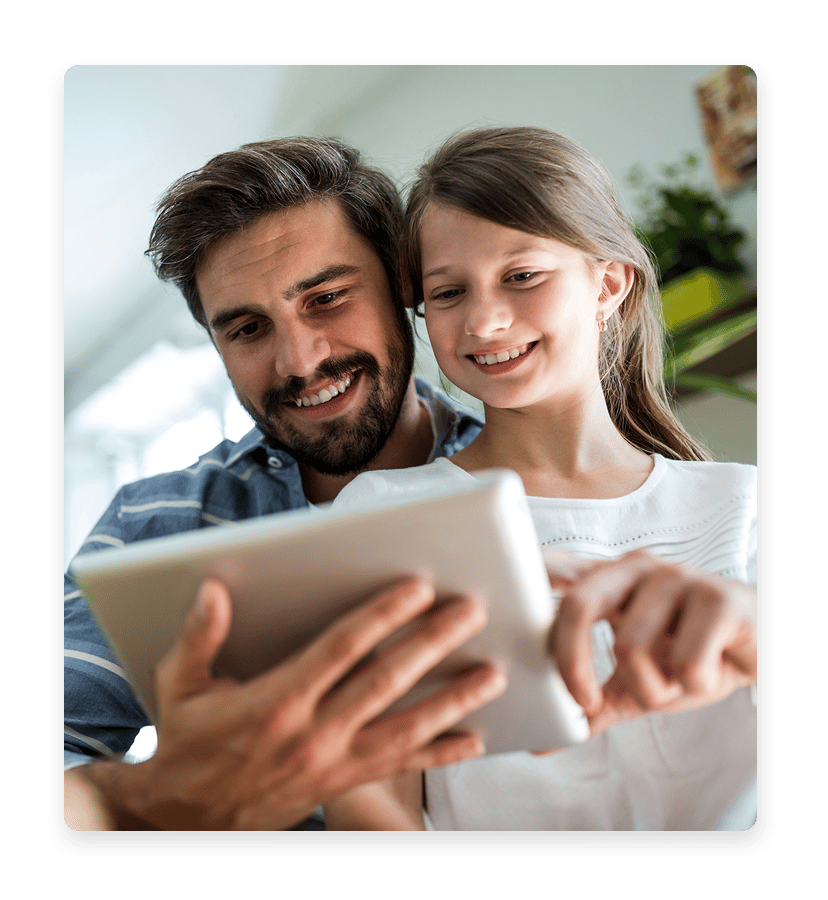 Though OCD is a treatable illness, not all patients respond to the currently available treatments. Even when patients do respond, it is rare to see them completely recovering from the condition.

Thanks to novel treatments like deep TMS that hold more promise for refractory OCD. Being a non-invasive therapy with minimal adverse effects, dTMS is considered a good alternative for people who fail to respond to first- or second-line treatments.

dTMS therapy is now FDA-approved as an add-on treatment for OCD. There are two TMS machines that have been approved to deliver OCD treatment to date, Brainsway and Magventure, as they are the only machines able to penetrate the brain’s deeper areas implicated in OCD. Brainsway uses a lightweight helmet with magnetic pulses generated through a built-in coil known as an H-coil and Magventure uses the Cool D-B80 angulated coil, which allows for stimulation of larger and deeper brain volume than conventional TMS. At TMS Health and Wellness, we have both machines available for OCD treatment.