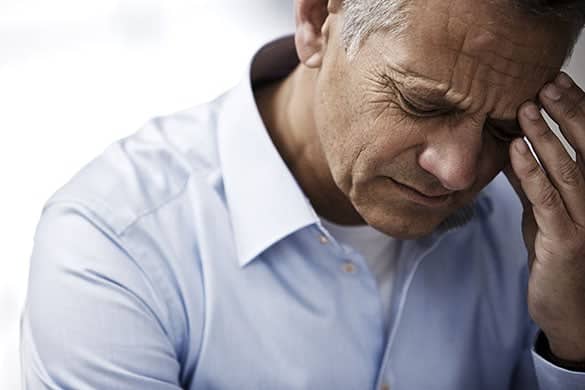 Signs You May Have Tinnitus

Tinnitus is a condition where a person will hear sound when there is no external sound present. In some cases, it can cause depression, anxiety, and a loss of the ability to concentrate. According to statistics posted on the Hearing Health Foundation website, 25 million Americans reported having tinnitus symptoms last year, and over 16 million people seek medical attention yearly.
Today we will discuss the symptoms, go over the different types of Tinnitus, and offer suggestions about when or if you should see a doctor for Tinnitus treatment.

The internal sound that a person experiencing Tinnitus hears can be continuous or intermittent, in one or both ears, and either a low- or high-pitch squeal. Still thought of as a ringing in the ears by many, a person with Tinnitus may hear a multitude of sounds. These sounds are clicking, hissing, roaring, whistling, chirping, screeching, static, buzzing, pulsing, whooshing, or musical.
The volume of the sound can vary and is often most noticeable at night or when it is quiet. A certain amount of hearing loss often accompanies Tinnitus.

There are three ways to describe a patient’s perception of what they hear:

Tonal
The patient describes their symptom as almost continuous with frequencies that are well defined, with the volume going up and down.

Pulsatile
The patient describes their symptom as pulsating, often in time with their heartbeat.

Musical
The patient describes their symptom as musical or singing, repeating itself repeatedly.

There are two types of Tinnitus: Subjective and Objective

Subjective Tinnitus is Tinnitus only you can hear and is the most common type. It can be caused by ear problems in your outer, middle or inner ear. It also can be caused by problems with the hearing (auditory) nerves or the part of your brain that interprets nerve signals as sound (auditory pathways).

Objective Tinnitus is a condition when your doctor can hear noise when they are doing an examination. This is a rare type of Tinnitus that may be caused by muscle contraction, a blood vessel problem, or a middle ear bone condition.

Tinnitus is not a disease in and of itself but a symptom of an underlying condition associated with the auditory system. Noise-induced hearing loss is the leading cause of Tinnitus, followed by a host of other reasons, including ear infections, heart disease, stress, some medications, or even ear wax. Age, gender, and personal habits can also lead to developing this condition.

Often older people will suffer some hearing loss. This loss can sometimes cause this condition. Men are more likely to develop symptoms of Tinnitus than women or children. Roughly one out of eight men older than sixty-five will have this condition. Personal habits, like smoking, can also increase the risk.

The doctor will base his diagnosis heavily on what the patient tells them. Questionnaires available will assist the physician in determining a proper course of tinnitus treatment.

Is There a Cure?

The American Tinnitus Association declares there is currently no tinnitus cure. When your symptoms are caused by hearing loss, a brain injury, or any other virtually not treatable problem, the tinnitus remedies you read about are considered suspect as most of them have not been clinically tested. Avoiding loud noise, stopping smoking, and proper ear hygiene are some examples of tinnitus remedies you can use to alleviate the possibility of getting this condition.

Most people with this condition come and go, and they can live with it. However, a relatively small percentage of people with constant noise that is intolerable to withstand and who should see a health care professional.
There are several treatment programs that will reduce the impact of this condition on your life. However, only one known treatment targets the source of the problem.
TMS is an FDA-approved non-invasive, non-drug therapy that utilizes MRI-strength electromagnetic pulses to stimulate areas of the brain. It is the only available Tinnitus treatment that works at the source of the problem by inhibiting the misfiring of neurons in the auditory cortex. There are currently over 120 published research papers demonstrating the safety and efficacy of TMS Therapy as a treatment for Tinnitus.