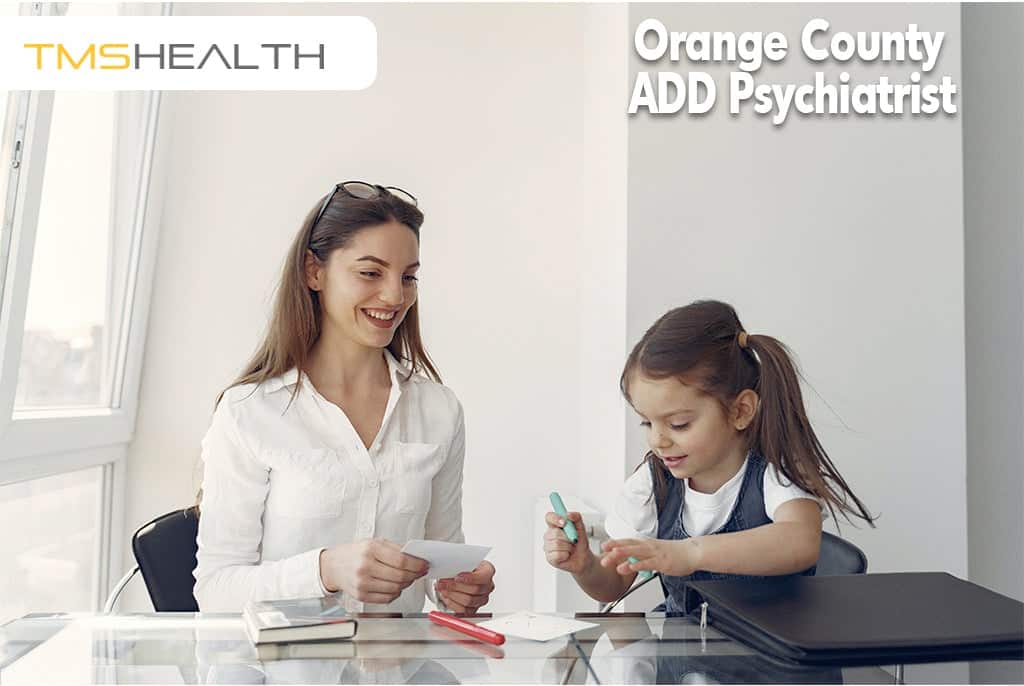 Another off-label yet encouraging use of TMS is for treating attention-deficit/hyperactivity disorder (ADHD or ADD).

ADHD is the most common behavioral disorder. A staggering 6.1 million (9.4%) kids in the United States have ever been diagnosed with ADHD, according to a 2016 survey from the Centers for Disease Control and Prevention (CDC). The condition affects boys more often than girls.

Childhood ADHD may continue into adulthood in around one-third of cases. However, the percentage of American adults affected by ADHD is variable. A 2019 study estimates about 0.43% of adults having ADHD in 2007 with the rate doubling to 0.96% in 2017.

What are the Signs and Symptoms of ADHD?

The tell-tale features are inattention, hyperactivity, and impulsivity.

The fifth version of the Psychiatry’s Bible — The Diagnostic and Statistical Manual of Mental Disorders (DSM-V) lists 18 symptoms for the diagnosis of ADHD. Of these, at least six symptoms are required to be present in at least one of the two domains — i.e., inattention and hyperactivity/impulsivity.

Moreover, the diagnosis of ADHD requires that these symptoms have been present for a minimum of 6 months and are severe enough to interrupt your child’s (or your’s) social, academic, and/or work-related performance.

The causes of ADHD are rather unclear. The condition appears to be a sum of genetic and environmental factors.

Most of the research suggests that genes and heredity play a major role in predicting who develops ADHD. This means that ADHD is passed down from a parent or another close relative to the child. However, researchers are still exploring the role of certain genes, especially ones related to the brain chemical dopamine, in developing ADHD.

Additional evidence indicates exposure to toxins and chemicals, such as lead, as a risk factor for developing ADHD.

Babies born prematurely are also at higher risk of developing ADHD when they grow up.

Studies have found a strong connection between ADHD and weaker function and structure of the prefrontal cortex (PFC), especially on the right side. This part of the brain is the primary executive control center that helps to organize, plan, stay focused, and make decisions. In fact, experts from the National Institute of Mental Health (NAMI) unveiled that a segment of the PFC fails to develop normally in kids with ADHD.

Limitations Associated with the Conventional Treatment for ADHD

The standard treatment for ADHD primarily includes medications (stimulants and non-stimulants) as well as behavioral therapy.

Though these therapies are effective at tackling ADHD symptoms in most patients, about one-third still fail to benefit from these therapies. Others quit treatment as they can’t tolerate the side effects of the ADHD medications.

In such settings, alternative options like transcranial magnetic stimulation (TMS) may help to address these limitations.

How TMS may Work for ADHD?

Given that the right PFC (rPFC) abnormality has been implicated in the disease process of ADHD, TMS may alter the abnormal rPFC activity.

This noninvasive brain stimulation may tweak neuronal function, activity, and plasticity of the rPFC. That, in turn, may induce required alterations in attention, working memory, and executive functions, thereby reducing the symptoms for ADHD.

Evidence Supporting the Benefits of TMS in ADHD

A separate research found that six weeks of high-frequency rTMS, when combined with an ADHD medication named atomoxetine, could be more effective than either rTMS or atomoxetine alone.

Another group of researchers used 1 Hz rTMS over the left dorsolateral PFC in school-going kids (ages 7–12) with ADHD. This study was done to determine the tolerability and safety of TMS in children. Nonetheless, given the significant clinical improvement of ADHD symptoms, its preliminary results also appeared to be promising. Having said that, this study had certain limitations, including the study design and small sample size.

Similarly, Brainsway — the leading brand that manufactures TMS coils — also conducted a study to evaluate the effectiveness and safety of deep TMS in 53 adult patients with ADHD. Results showed substantial improvement with deep stimulation using BrainsWay’s proprietary ADHD coil as compared to the superficial stimulation with a standard figure-8 coil.

TMS as a Diagnostic Tool in ADHD

According to a review published in The Journal of Child Neurology, single-pulse and paired-pulse TMS protocols can also probe the degree of hyperactivity in ADHD patients.

One of the commonly used paired-pulse protocols is the short-interval intracortical inhibition (aka SICI). SICI uses a TMS pulse below the threshold interrupted by a short stimulus interval of 3 milliseconds, and then a suprathreshold pulse.

Studies have shown an inverse relation between SICI and hyperactivity. Low levels of SICI reflect greater hyperactivity levels in people with ADHD. Moreover, ADHD medications tend to balance out these disruptions in SICI. These facts suggest that this TMS paradigm can serve as a marker for and predict the severity of ADHD symptoms.

Are there any Side Effects of TMS on Children with ADHD?

Although there is no evidence of any serious side effects of rTMS in children with ADHD, their brains are in the sensitive periods of development.

Sensitive periods are periods during brain development when a treatment like TMS packs quite a punch on the brain. Hence, if applied correctly, rTMS can induce brain plasticity and affect the brain function more stably and effectively during this period.

That said, it’s important to be aware of the risk of inducing maladaptive brain plasticity via neuromodulation interventions.