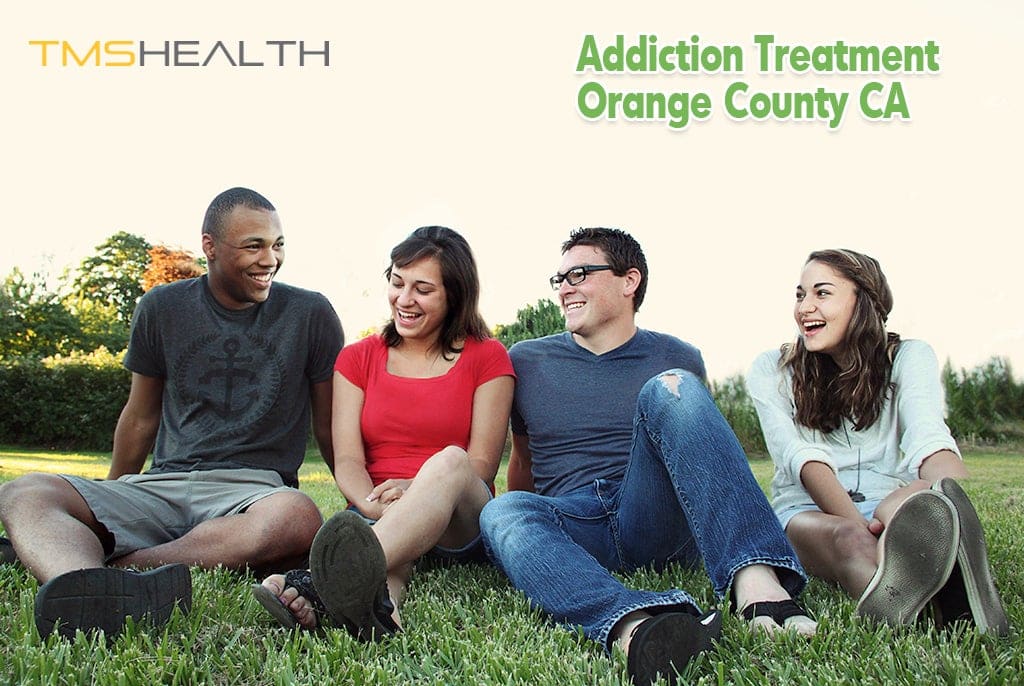 Another off-label use of TMS is drug addiction (also known as substance use disorder or SUD). Drug addiction is a devastating and chronic relapsing illness with severe social, psychological, and physical impacts. TMS has been emerging as a promising approach for addiction in a growing number of studies.

What is the Role of rTMS in Drug Addiction?

Underactivity of the brain’s motor area has been observed in people with addiction. Thus, abnormal cortical excitability may mirror changes in the brain circuitry of chronic drug abusers.

Research shows that high-frequency rTMS (>5 Hz) transiently increases or tweaks cortical excitability, which in turn can alter the brain chemistry in people with addiction.

People on controlled drugs and substances, including nicotine, alcohol, marijuana, and cocaine, exhibit excessive brain activity in response to drug cues. This classically conditioned response to drug stimuli is known as cue reactivity. Cue reactivity (such as seeing a liquor bottle) also predicts relapse in addiction.

Hence, treatment methodologies targeting the brain circuitry related to cue reactivity may influence cue-tempted relapse. One such approach is TMS. This non-invasive brain stimulation has been shown to suppress brain response to drug and alcohol cues in heavy alcohol and cocaine users.

The investigators at the Medical University of South Carolina were the first to demonstrate these effects of TMS on cue reactivity in patients with addiction. They used brain imaging before and after each TMS session to project the picture of the brain processes of the participants when they viewed images of alcohol or cocaine-related cues. The outcome was a noticeably reduced drug-cue reactivity.

rTMS can Increase the Release of Dopamine – the Pleasure Chemical

The reward center in your brain releases dopamine in response to pleasurable experiences such as drug cues. Drugs induce strong dopamine surges, reinforcing the link between taking the medication, the resulting pleasure, and the external signals associated with the experience—intense surges of dopamine “condition” the brain to seek drugs to the detriment of others.

rTMS can affect cortical excitability and amp up the release of dopamine in the brain. Thus, as studies suggest, repeated sessions of rTMS can curb drug craving, drug-seeking, and eventually, drug consumption and relapse.

rTMS can Influence Decision-making and Self-Control

An area of the brain known as the left dorsolateral prefrontal cortex (DLPFC) — located toward the top left side of the brain — is thought to play a role in decision-making and self-control. We can place addiction within the framework of decision-making.

Researchers have found that targeting the DLPFC can significantly reduce cravings in people addicted to illicit drugs, such as cocaine and heroin. rTMS of the DLPFC can attune to these decision-making processes in addiction, thereby minimizing impulsivity and improving self-control. However, findings from the same meta-analysis show that these positive effects of rTMS seem to be short-lived and dwindle in about four months.

In an open sample, patients with cocaine use disorder underwent two weeks of intensive (15Hz) rTMS treatment for 5 days a week, followed by 2 weeks of maintenance treatment (1 day/week, twice a day). After 4 weeks, 9 out of 16 participants (56.25%) didn’t show any traces of cocaine on a urine test, with significantly improved craving scores.

Moreover, researchers noted that the diminished cocaine cravings after rTMS were probably an indirect outcome of improved depressive symptoms.

Having said that, the study had some limitations, such as the small number of participants and the limited follow-up period.

Regardless of the study limitations, it is well-known that people with substance use disorders like cocaine are at high risk of developing depression and vice versa. In other words, the two conditions often go hand in hand. Multiple findings suggest that the presence of depressive symptoms can worsen addiction and the future increase in drug use. Moreover, patients who score higher on depressive scales are more likely to relapse back after treatment.

Exposure to addictive drugs appears to impair synaptic plasticity in reward-associated areas of the brain.

If genuinely plastic variations mediate addictive issues, it might be possible to switch them via TMS if we can precisely spot and target the affected brain circuits.

Along these lines, studies are being conducted on the effects of rTMS on methamphetamine (another drug of abuse) abuse.

One 2018 study published in the JAMA Psychiatry shows TMS as a promising tool for methamphetamine withdrawal. The study revealed reduced drug cravings and withdrawal symptoms and improved mood and sleep quality in people addicted to methamphetamines.

This study supports the possibility of applying TMS to all stages of addiction rehab — from the early stage of withdrawal to the mid-stage of craving, up to the end stage of cognitive recovery.

The Role of the Brainsway’s Deep TMS (dTMS) in addiction

Brainsway has also tested its dTMS through H4 coil as a treatment for addiction to various substances. Its study also concludes that regular TMS treatments may be a practical option for addiction and substance abuse.